The starting price of this private, tailor-made South Korea§Japan tour is € 2.450,-per person, including transportation, accommodation and breakfast.

Our tours can be adapted to suit your requirements or even your entire journey can be tailor-made.

Day 2 Seoul
After a 10 hour flight, arrival at the International Airport of Seoul. The bus brings you in no-time to the city centre. Upon arrival at your hotel, you can take rest or explore the area.

Day 3 Seoul
Explore and discover South Korea’s overwhelming capital. Visit centuries-old palaces and get lost in the buzzing Namdaemon market or, visit the trendy area of Seoul with its modern architecture. Gangnam District is known as South Korea’s “Beverly Hills” and became very popular since the international mega-hit “Gangnam style”.

Day 4 Seoul – Panmunjon (optional)
Panmunjon is an optional easy day trip from Seoul. In the early morning, you get picked up at your hotel for a day trip to the DMZ (demilitarised zone). Divided in 1953 during the Korean War, the DMZ is a four km wide, 240 km long buffer zone that separates the North and South. North and South Korea are officially still at war, so the border area is heavily guarded.The “Joint Security Area” is the closest point a tourist can get to North Korea. The center piece of the village is the blue buildings , where North and South Korean delegates are able to meet over a conference table. A very unique and highly recommendable trip, especially because the tension between both countries is still so tangibly felt.

Day 5 Seoul – Busan
By KTX (high speed train) you travel to the former capital of Gyeongju, once the capital of the mighty Silla Kingdom of ancient Korea. Gyeongju, now a provincial town, has more tombes, temples, pagodas and remnants of the past, than any other place in South Korea.

Day 6 Busan
This bustling port town has something for all tastes. Beside being a rollicking port town, Busan is also a nice beach destination. The glistening beaches are zoomed with countless bars, restaurants, shops and boutiques. In case you are not in the mood for beach fun, you can explore the country’s largest Jagalchi fish market. Near the fish market, there are tonnes of restaurants where you can eat raw fish, the Korean version of sushi, spiced with vegetables and hot chillies. Adjacent to the fish market you’ll find the Gukje market, a great place to collect some Korean souvenirs.

Day 7 Busan – Fukuoka – Hiroshima
After breakfast, you travel to the port of Busan to take the speed boat to Japan, a 3 hour journey. Upon arrival in Fukuoka, you go to the railway station, where you can exchange your Japan Rail Pass and travel by super-fast Shinkansen to Hiroshima. Hiroshima is the first city on which an atomic bomb got dropped towards the end of World War II. The many monuments and thousands of paper cranes at the Peace Memorial Park and the Peace Museum remind visitors of the atrocities of the atomic war.

Day 8 Hiroshima en Miyajima
Today you can travel by local train and ferry boat to the holy Shinto Island of Miyajima. Miyajima is considered by Japanese people as one Japan’s three most beautiful attractions. The shrine and its torii gate are unique for being built over water, seemingly floating in the sea during high tide. It is possible to combine a visit to Miyajima with an afternoon Mazda Museum and Factory Tour.

Day 9 Hiroshima – Himeji – Kyoto
A visit to Himeji, on the way between Hiroshima and Kyoto is must for any lover of Japanese castles. Already from the train you can see the Himeji castle towering over the city. The recently renovated caste is widely considered to be Japan’s most beautiful surviving samurai castle. In the afternoon you arrive in Kyoto.

Day 10 Kyoto
Japan’s ancient capital, Kyoto, is a city of some 2000 temples and shrines. The countless atmospheric temples, sublime gardens and traditional teahouses are all remnants of a rich past. The Nijo Castle is famous for its many Chinese-style paintings and its squeaking floors, used as a security device to make sure that no one could sneak through the corridors undetected. The Kinkakuji or the ‘Golden Pavilion’ is one of Japan’s main attractions. The rock gardens at the Ryoanji Zen Temple (peaceful dragon) give you a sense of peace. A walk around the Gion district at night is a top priority! In this atmospheric neighbourhood there is good chance you stumble upon the famous geisha scurrying to secret liaisons.

Day 11 Kyoto
The Heian Temple with its vermilion coated gate and beautiful gardens is a must-visit, as well as a visit to the Kiyomizu temple, a wooden Buddhist temple from the 8th century. Make a walk though the charming Ninenzaka § Sanenzaka. These historical stone paved streets are lined with traditional Japanese buildings, shops, cafes and inns.

Day 12 Kyoto – Nara
Nara, Japan’s first capital, is an easy day trip from Kyoto. You can make use of your Japan Rail Pass. In Nara you can visit the famous Todaiji temple, the world’s largest wooden building, housing a 15 meter high bronze Buddha statue. The Kasuga temple is a Shinto temple built in 768 and famous for its many bronze lanterns.

Day 13 Kyoto – Kanazawa
From Kyoto you travel by train to Kanazawa. The Southeast area of the city faces the mountains and the Northwest area faces the Sea of Japan. The Nagamachi samurai district is definitely worth a visit. The restored samurai residence displays the lifestyle and artefacts of the era when samurai were prosperous lived. The Myoryu-ji, commonly known as the Ninja temple, was built in 1643 and served as the southern watchtower of the town. The temple’s defences include hidden tunnels, secret rooms, traps, and a labyrinth of corridors and staircases.

Day 14 Kanazawa
Art lovers can visit the 21st Century Museum of Contemporary Art. Afterwards stroll through the Kenrokuen gardens, one of the most beautiful landscape gardens in Japan. The Higashi pleasure district is the area where geisha used to live. There are many well-preserved tea houses, ancient cafes, and shops, a nice place to end the day.

Day 15 Kanazawa – Shirakawago
Travel by bus to Shirakawago to admire the traditional and well-preserved “Ghasso-zukuri” houses. These houses have steep roofs made from thick layers of reed. The ground floors are the residence home of some huge families up to 20-30 members. You stay the night in a minshuku (Japanese style bed and breakfast) in one of the farm houses. Dinner is included in the room rate, but bathroom facilities are shared with other guests.

Day 16 Shirakawago – Takayama
The local bus will take you to Takayama, a city in the mountains where time stands still, especially in the beautifully preserved old town. Simply stroll around in the Sannomachi district, soaking in the historic architecture. There are plenty of restaurants and cafes and a few sake breweries. Some of the floats from the yearly spring and autumn festival are on permanent display in the nearby Yatai Kaikan.

Day 17 Takayama
In the early morning you can visit the market along the river in the old town of Takayama. The stands sell local crafts, snacks and farm products such as vegetables, pickles and flowers. There is typically a pleasant atmosphere around the markets. You can further explore the narrow streets lined with well preserved, historic, wooden buildings.

Day 18 Takayama – Tokyo
The local train follows the course of the river and brings you to Nagoya, where you can take the Shinkansen to Tokyo. In the afternoon you arrive in the metropolis. The Greater Tokyo is the most populous metropolitan area in the world with 36 million inhabitants.

Day 19 Tokyo
This bustling metropolis has something for all tastes. The Edo Museum, using both historical artefacts and hands-on exhibits, guides and educates visitors through the transition of Edo to Tokyo.The adjacent Nakamise Shopping Street has been a tourist market since the 17th century and is a good place to try local street food and buy gifts. For any tourist to Japan’s capital city, a walk around Tokyo at night is a top priority.

Day 20 Tokyo – Nikko
Nikko is located about 120 kilometers north of Tokyo and makes a good day trip from Tokyo. You can use your Japan Rail Pass. It is most famous for Toshogu, Japan’s most lavishly decorated shrine and the mausoleum of Japan’s first shogun. Toshogu reminds a bit of Korean temple with its use of bright gold, scarlet and other bright colours. The richly decorated entrance gates make Nikko definitely worth a visit.

Day 21 Tokyo
The Harajuku district in Tokyo is not only famous for its adjacent Meiji Shrine and beautiful park. Here you can admire Tokyo youth in their cosplay outfits and flamboyant street fashion styles. From the Meji shrine you can walk to Omotesando, Tokyo’s Champs Elysees. Omotesando is known as one of the foremost ‘architectural showcase’ streets in the world, featuring a multitude of fashion flagship stores, such as Dior, Prada, Hugo Boss, Chanel, etc…, all within a short distance of each other. Day 22 Tokyo – Amsterdam
After breakfast, proceed to Narita Airport to check-in for your flight back home. After a 12 hour flight, you arrive on the very same day in Schiphol.

The starting price of this Japan Untouched tour is 2.450,-€ per person, based on double occupancy and depending on chosen travel dates.

– All accommodation, including breakfast
– A one week Japan Rail pass
– Speedboat from South Korea to Japan
– Transfer from airport to hotel in Seoul
– All journeys by train and bus as described in the itinerary
– Detailed info pack with maps and translations. 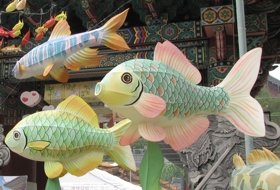 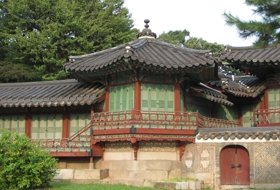 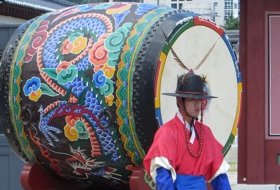 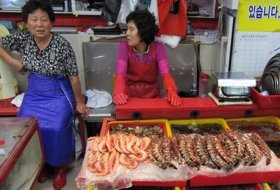 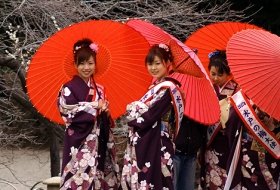 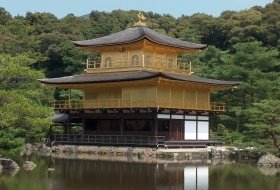 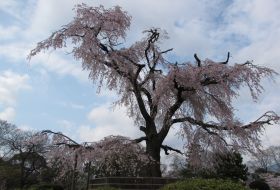 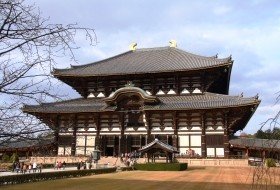 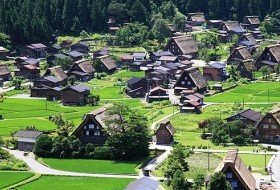 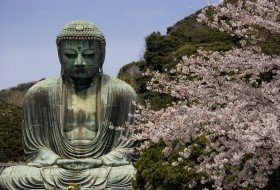 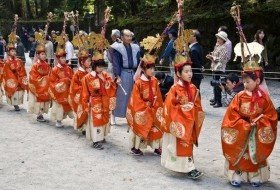 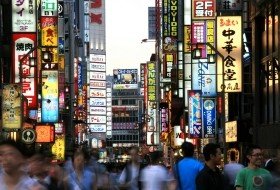 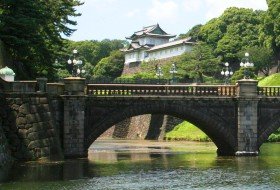