From Shinkansen to slow train

In The Netherlands, a more than five minutes delay is not even registered, as it is not even considered a delay. Rail transport in Japan is very accurate and on time. In the unlikely event of a train running late, the delay is measured in seconds and the rail company would sincerely apologise to its travellers if the average delay exceeds 30 seconds.

Although you cannot read the timetables, you can set your watch on it that the train arrives at the station at the correct time.

The Shinkansen, colloquially known in English as the ‘bullet train’ (because of its shape), is a network of high-speed railway lines in Japan. It began service on 1 October 1964. In The Netherlands, the first high speed train ran at speeds of 220 km/Hr. Since 2014, Shinkansen trains run regularly at speeds up to 320 km/Hr. Taking a Shinkansen from Kyoto to Toyo (500 km) takes just over 2 hours. By taking Shinkansen, you can easily avoid long exhausting travel days during your tour in Japan.

Besides Shinkansen, Japan has an efficient public transportation network. Tokyo has numerous subway lines and each and every village in Japan can be reached by local train or bus.

The personalised info pack you will receive, gives exact information on which train or bus you have to take, when and where, and in addition to that, we specify the Japanese translation, which you can show to any railway personnel or friendly passerby. The Japan Rail Pass is a very cost effective rail pass for long distance train travel in Japan. It can be used by foreign tourists only and offers unlimited uses of JR trains for one, two or three weeks at a cost that residents of Japan can only dream of. When designing a tour, iki Travels always verifies whether it’s more economical to buy separate train tickets or make use of a rail pass. Likewise, you will never pay too much.
Renting a car is worth considering if you plan to explore rural Japan where public transportation can be both inconvenient and infrequent. Driving in Japan has never been so easy with our travel tips, road maps and route suggestions. Cars in Japan are driven on the left-hand side of the road (the steering wheel is on the right) and driving in Japan is not particularly difficult, or dangerous, because the roads are well maintained, signs are a plenty, and drivers are courteous and careful…On the other hand, a car is usually unnecessary or even burdensome for exploring Japan’s big cities, where it is not recommended. For long distance traveling, the train is the best way to get around.

Everybody is familiar with the sight of busloads of Japanese tourists traveling through Europe with gigantic suit cases. This might create an expectation that trains on weekends and during holiday season are packed with luggage. The good news is that in Japan you can travel light without a problem. A Japanese traveller just sends his suitcase ahead by express mail. In Japan in particular, door-to-door services are especially fast, secure and cheap. You can send your cases directly to the place where you will be staying. Often your hotel will have a luggage-forwarding service. This service is convenient and not expensive, although it usually it often takes one night before your luggage arrives.

When you access the train platform, boards will indicate exactly where the train stops and where the doors will open. By lining up early, you’ll not only guarantee to get a seat, you’ll also ensure you’ve left enough time to board the train. Everybody is waiting in queue. Cutting the line is unthinkable in Japan. Japan is a safe country. It’s absolutely normal to see a suitcase standing unattended in the queuing row without its owner. May be the owner was a little early, just reserved his place in the queue and went off to buy a cup of coffee. When he comes back, his suitcase will guaranteed still be there.

If you travel by train or subway, you’ll notice that people are using their travel time to sleep.Japan has some of the longest working hours in the world and commuters are under constant stress. Just before the train arrives, they wake up without setting an alarm clock. Young ladies open their handbag and fish out a huge mirror, often bigger than their head. Then they elaborately start applying make-up and freshening up. By the time the train arrives, they look like they have just stepped out of a fashion magazine.

The best flight for the best price

Scheduled flights with reputed airlines, amongst which many Asian airlines, are amongst the best in the world. During school holidays these airlines get quickly fully booked and don’t need to offer last minutes promotions. The general rule of thumb is the earlier you book, the cheaper the tickets. Airlines works with fare classes. Whoever books first, gets the cheapest booking class. But the fuller the plane gets, the higher the price offered, so book as early as possible.

When making a price quote, our iki experts will always suggest the most suitable flight and the best fare options. Need some more time to confirm your travel plans? We can hold your fare for a couple of days, until your departure is guaranteed.

Fill out the online form to submit a free quote request and let us customise your dream holiday to Japan. 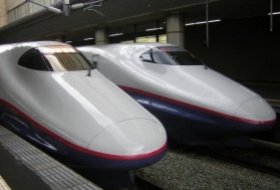 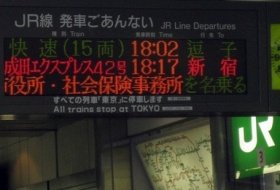 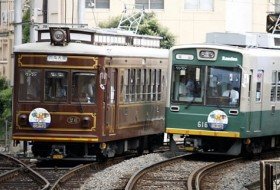 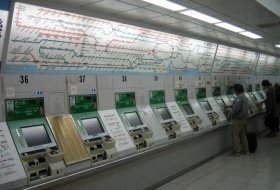